My Favorite Writing Shop In Paris 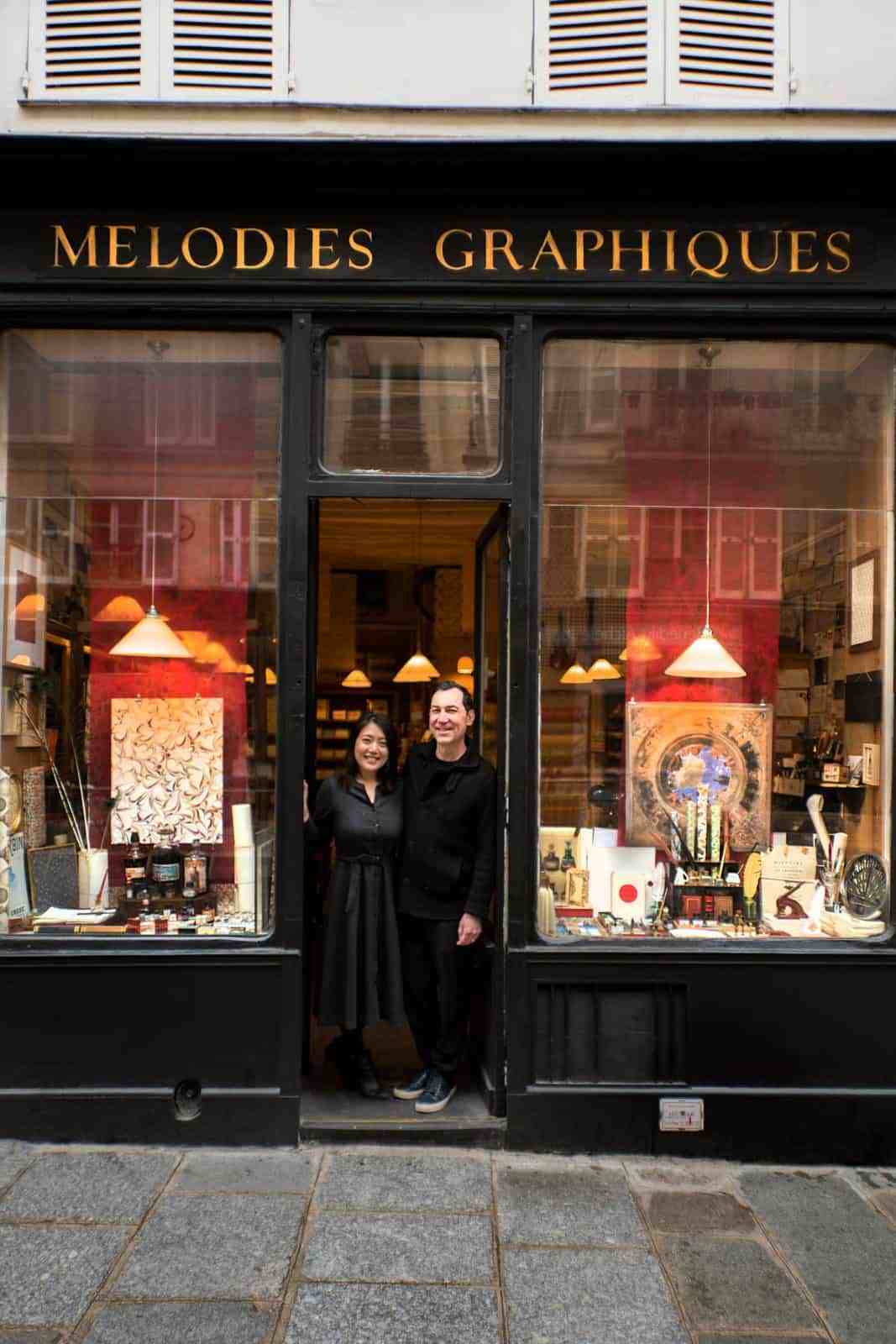 As a writer, it should come as no surprise that I adore paper goods. The love affair started back in 2008 when I was living in Florence, Italy. I used to spend hours walking around the city, ducking into stationary stores, and peering through shop windows as artisans marbled paper. Last year when I was in Paris, I found the lovely writing shop, Melodies Graphiques on Rue du Pont Louis-Philippe. The street feels a touch like Diagon Alley in Harry Potter, though instead of wand shopping at Olivander’s, Melodies Graphiques offers beautiful card sets, glass quills, and sealing wax sticks in every color of the rainbow. The owners, Giacomo Nottiani and Hitomi Takeuchi are incredibly kind and well-known in the writing community. After visiting, I learned that Hitomi — who studied under the master calligrapher and French type designer Claude Mediavilla — offers private calligraphy classes for both advanced and novice scribes in the second-floor studio. I wrote about this for Hemispheres, United Airlines’ in-flight magazine. 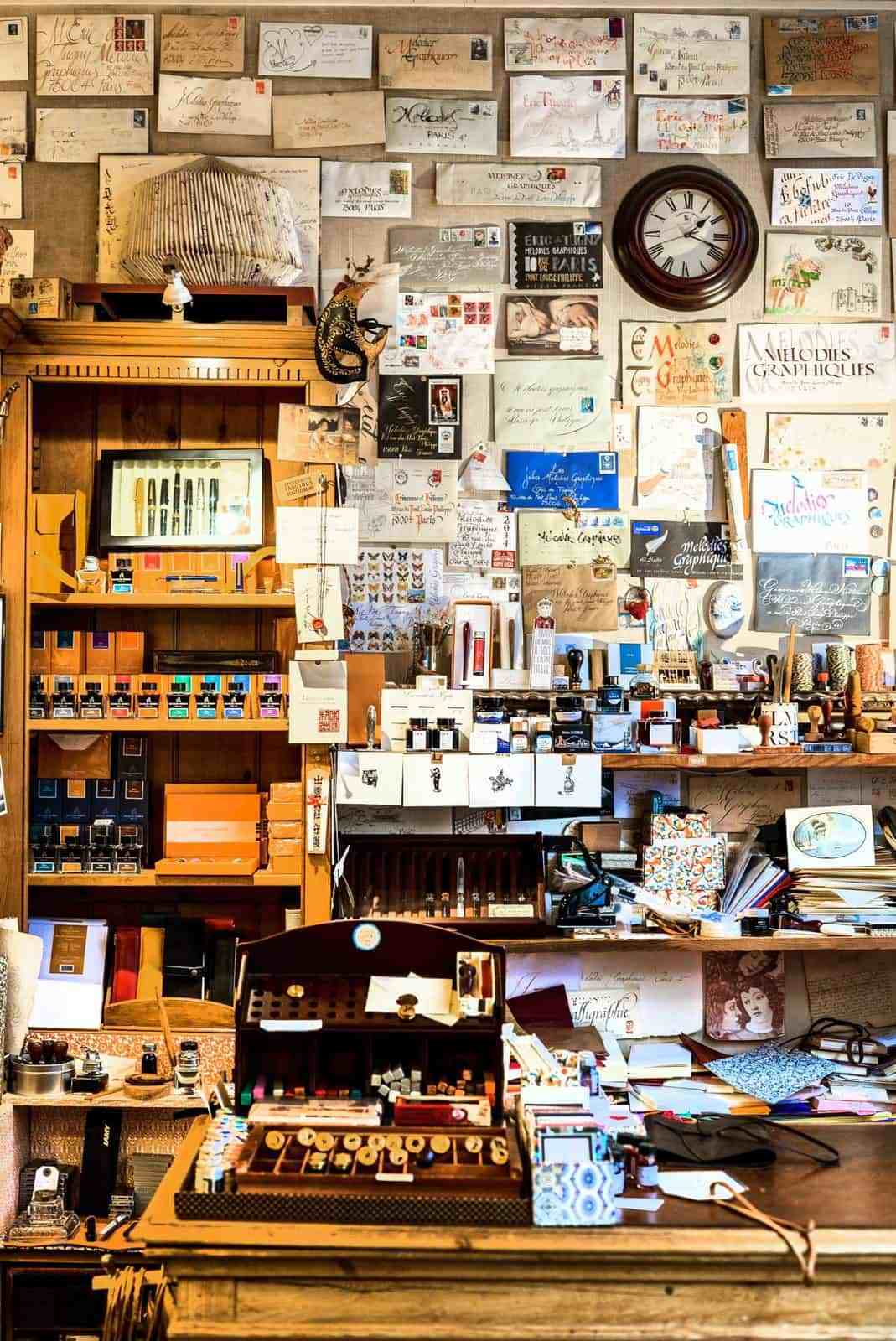 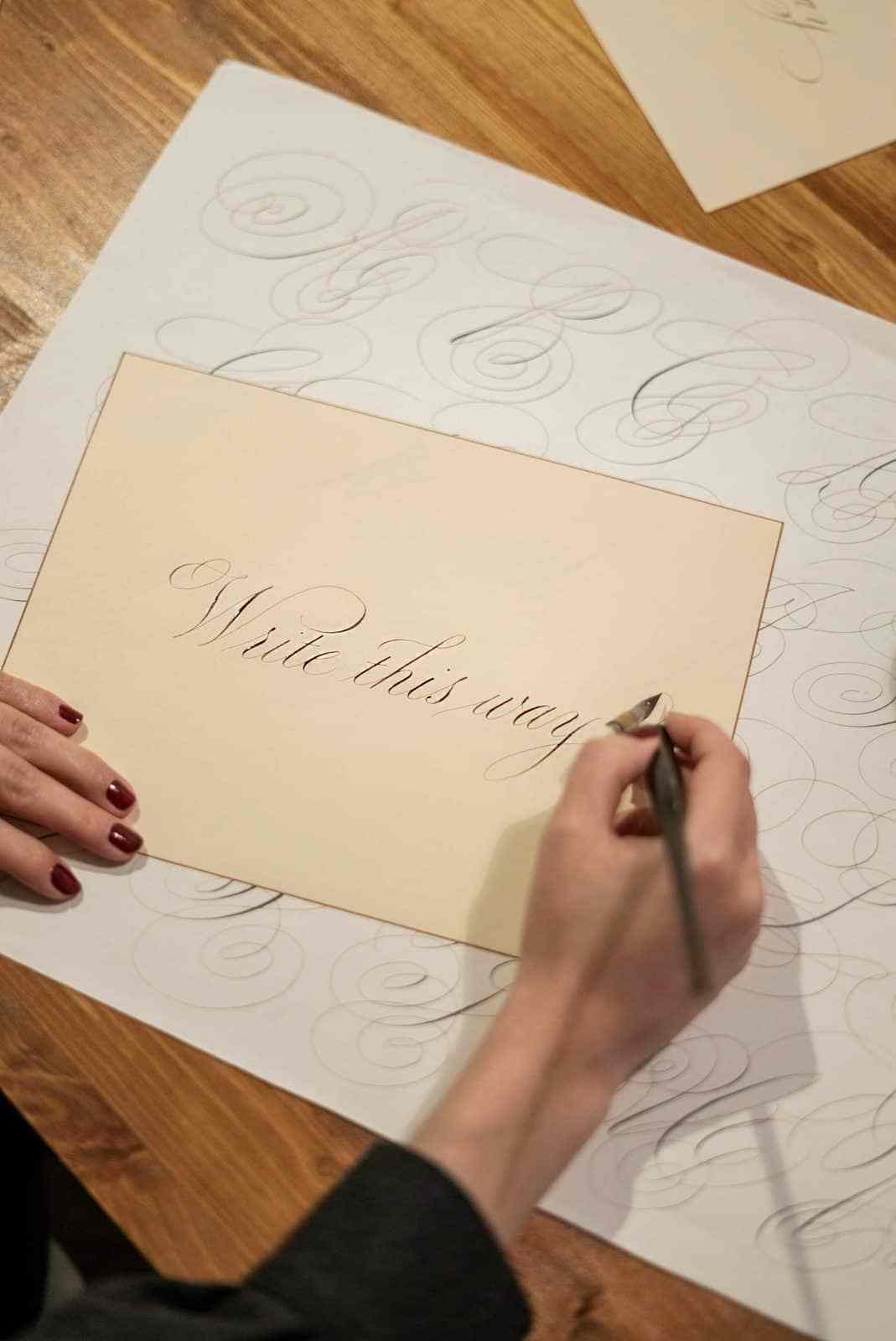 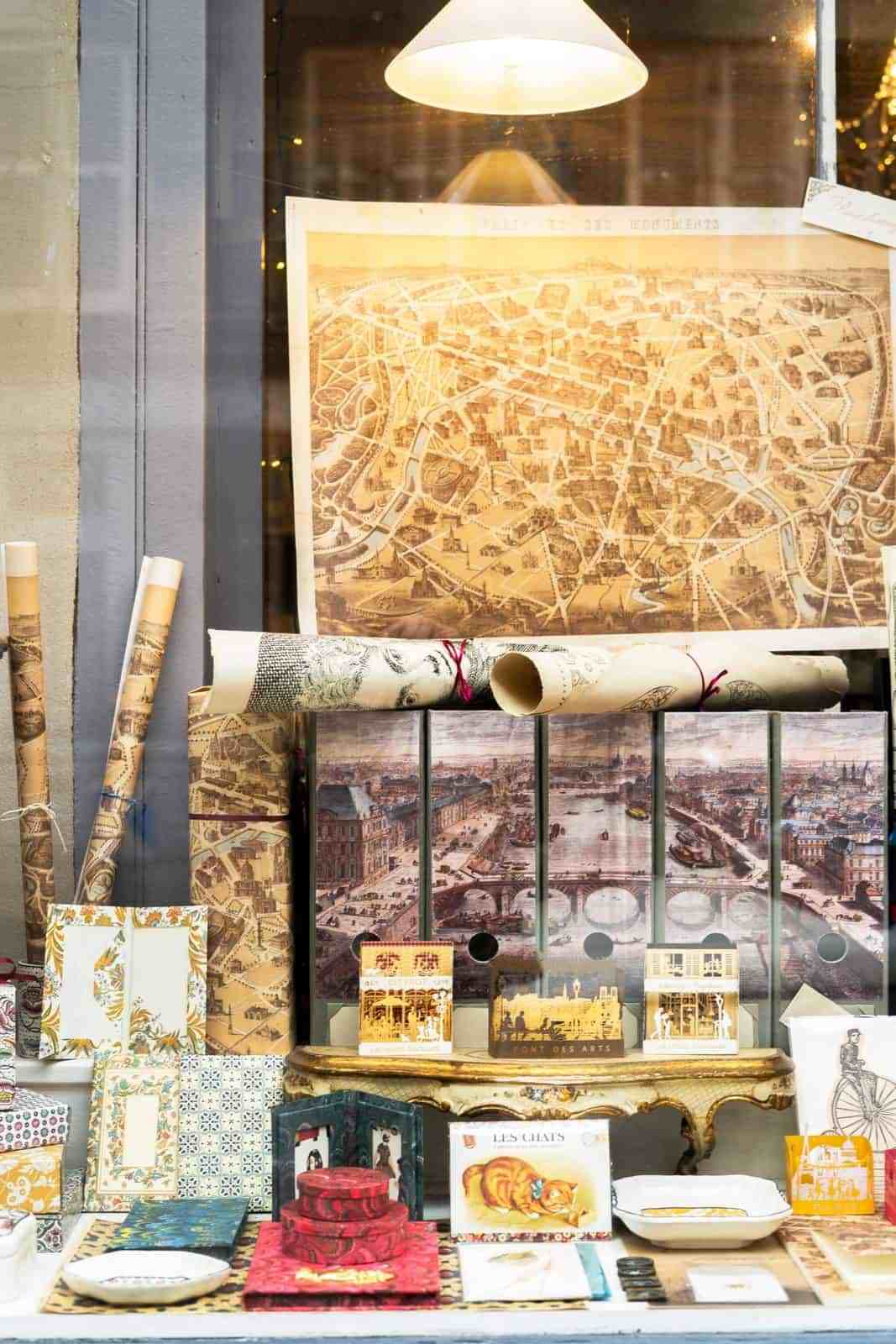 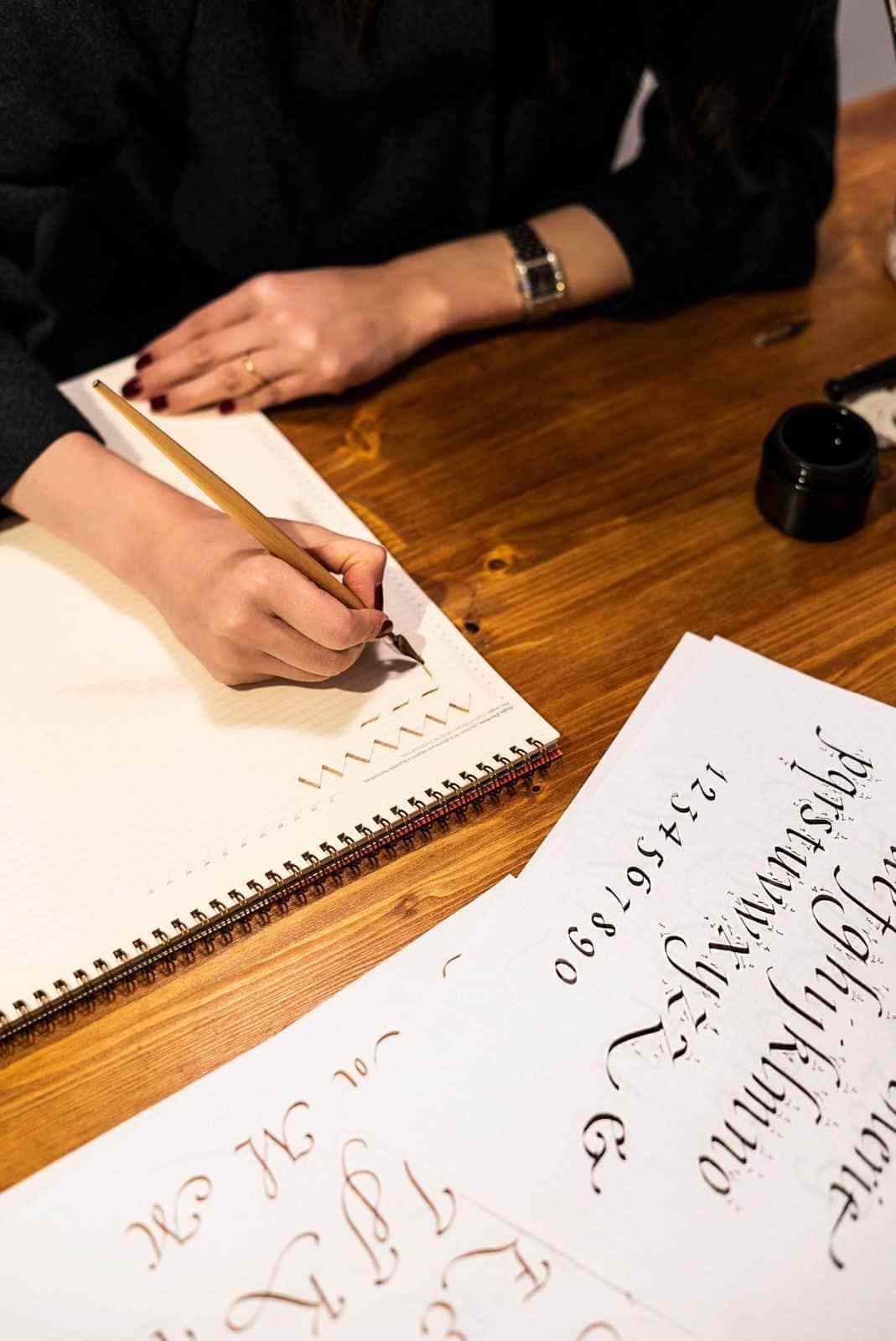 In the process of writing the story, I connected with Maybelle Imasa-Stukuls, a renowned San Francisco-based calligraphy artist who taught a workshop at Melodies Graphiques in September 2019. What I didn’t know is that she’s also a United Airlines flight attendant. (What are the odds?) Maybelle is a mother of twins and found calligraphy after being diagnosed with breast cancer. Learning the craft she says helped her heal. (On a side note, I purchased her calligraphy kit last year and have been using it to learn myself!) In the process of fighting her illness, she began using calligraphy as a way to spread kindness to other passengers onboard. She told me about one lady who was boarding a flight overseas when she learned her sister had been diagnosed with terminal illness. As the crying woman slept, Maybelle wrote “Everything is going to be ok” on a sheet of paper in her beautiful penmanship. She taped it onto the screen in front of the sleeping woman, who woke up to that message, surprised and moved by the beautiful words and uplifting message. Stories like these fill me with hope and inspire me to lead a life of compassion and empathy. Thank you Maybelle for the gentle reminder. 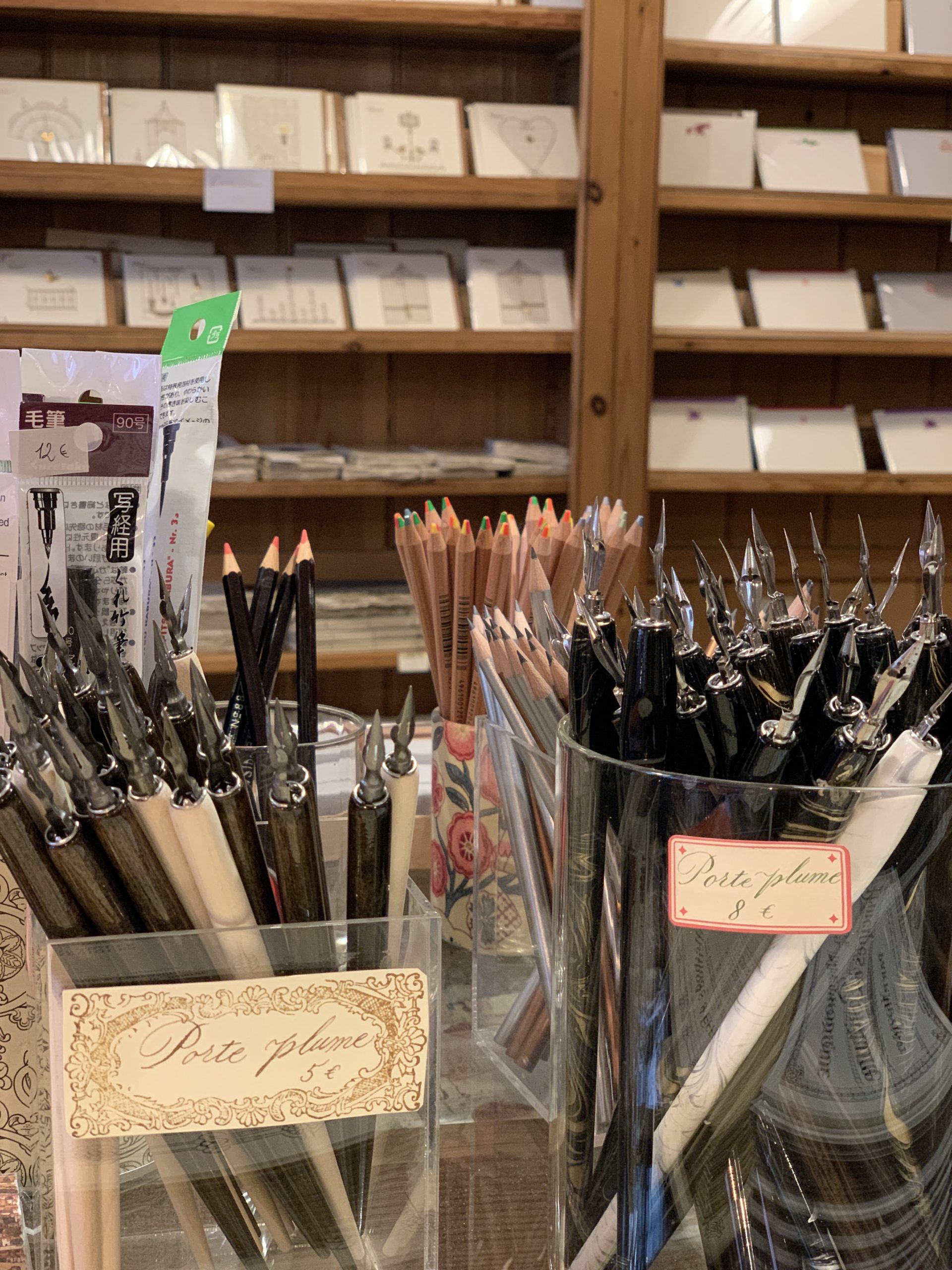 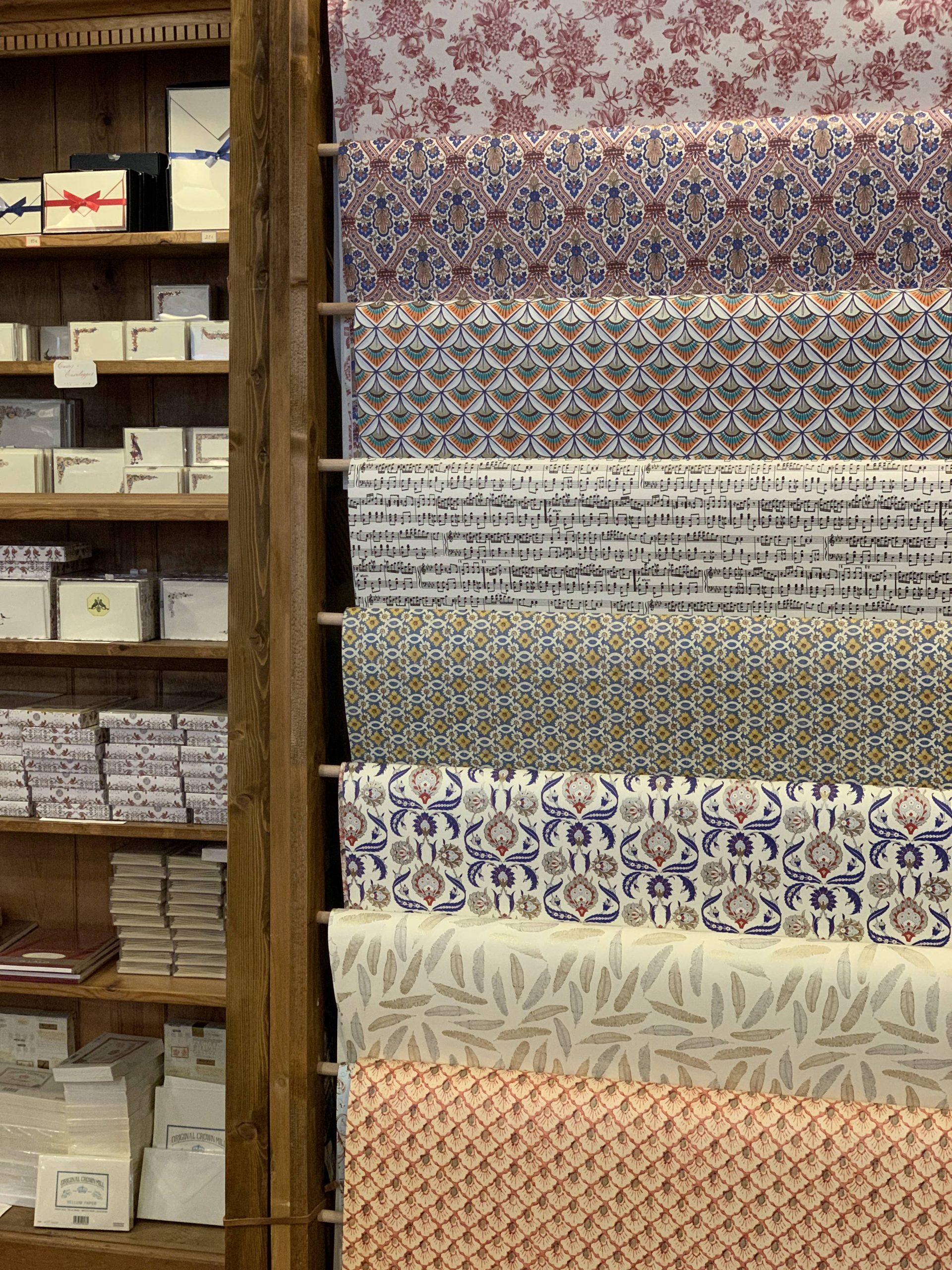 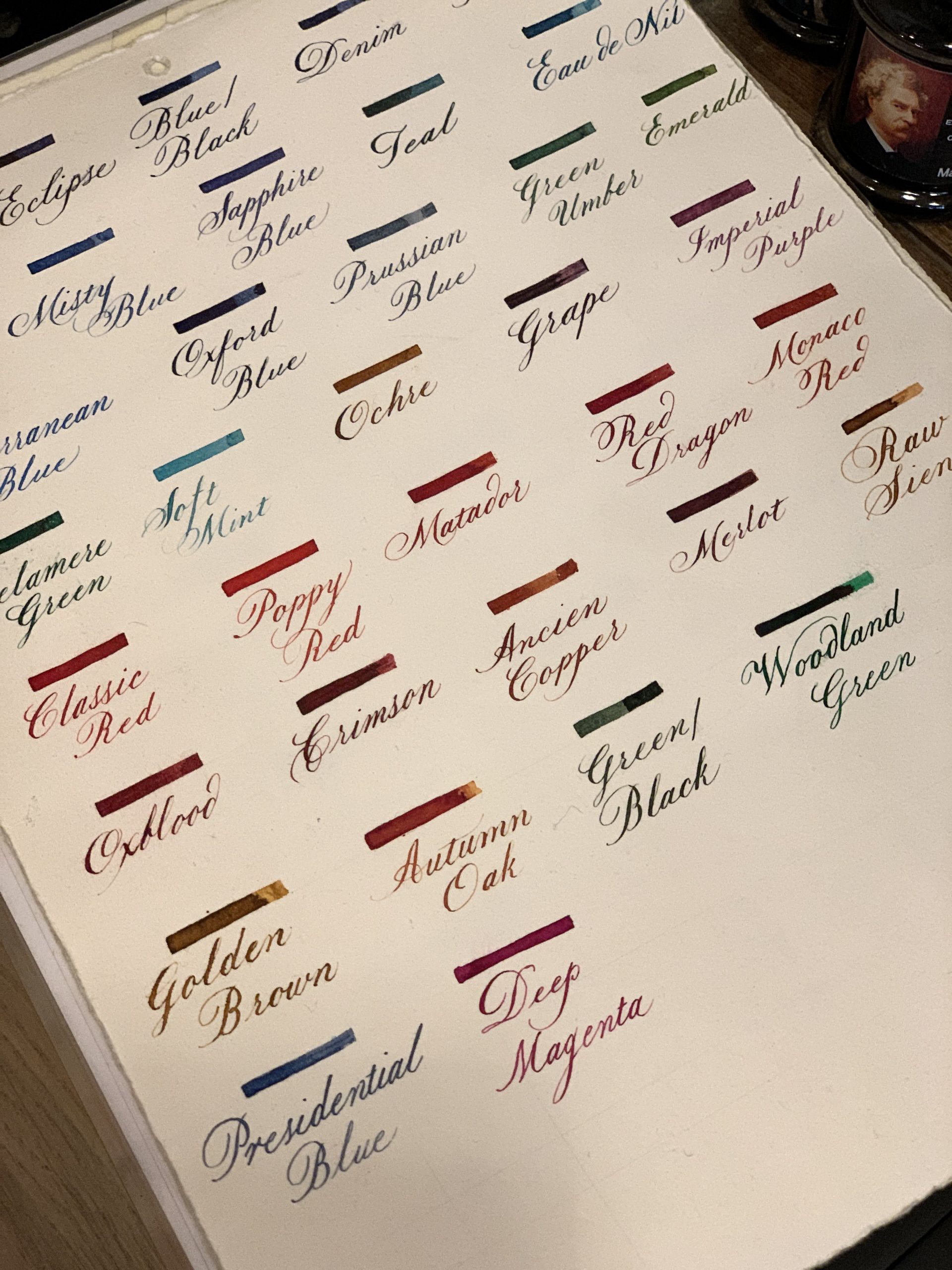 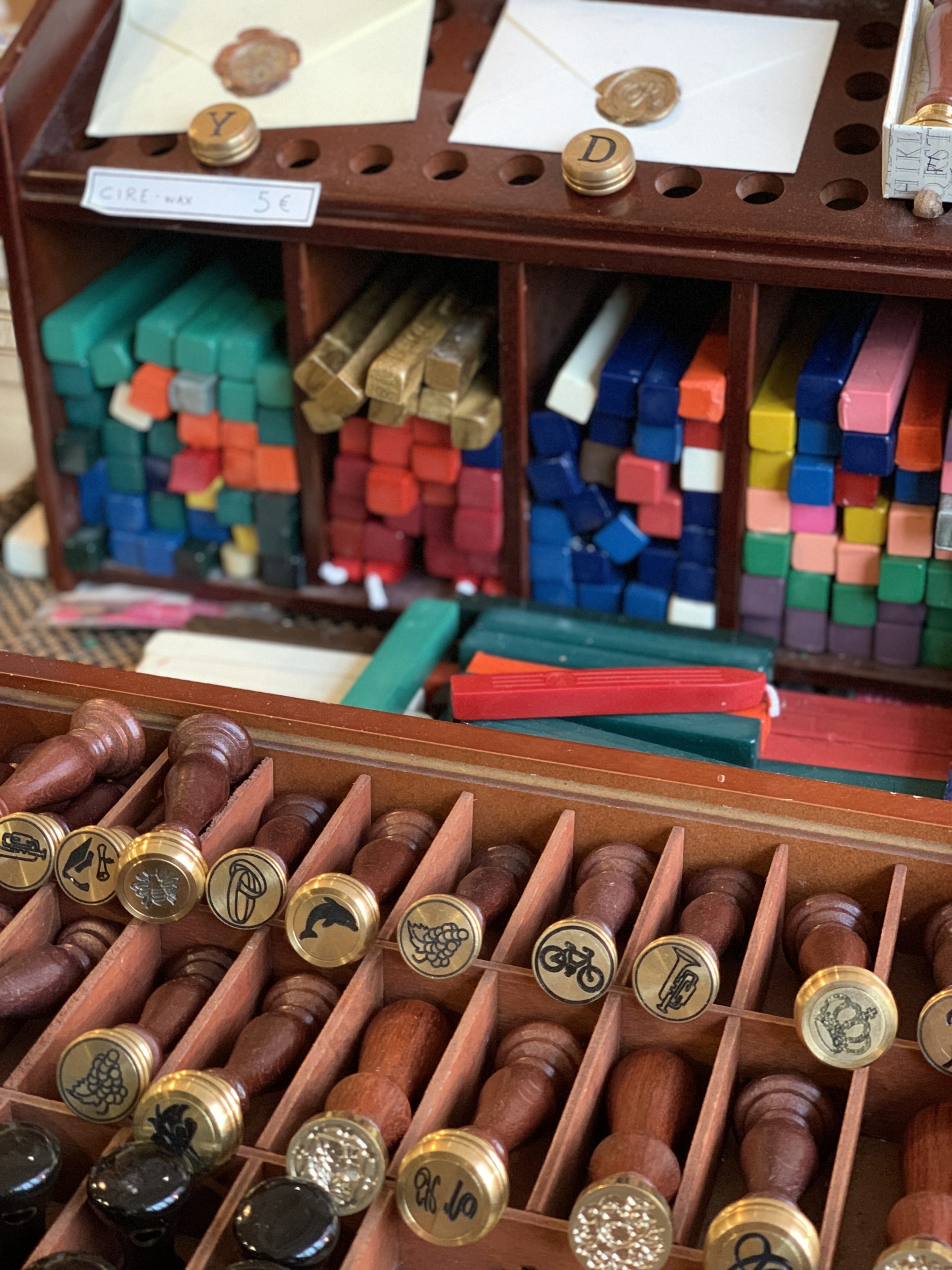 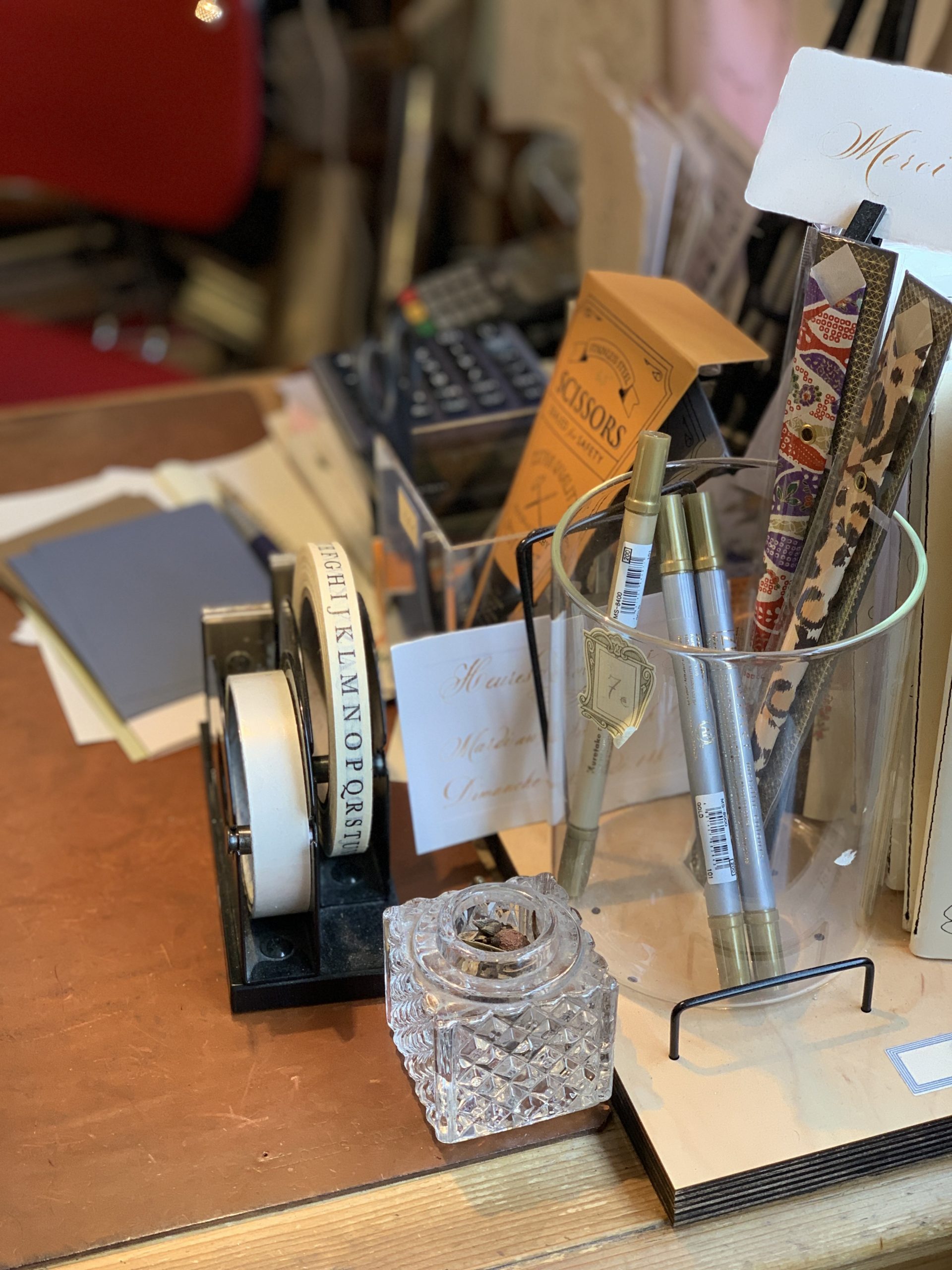 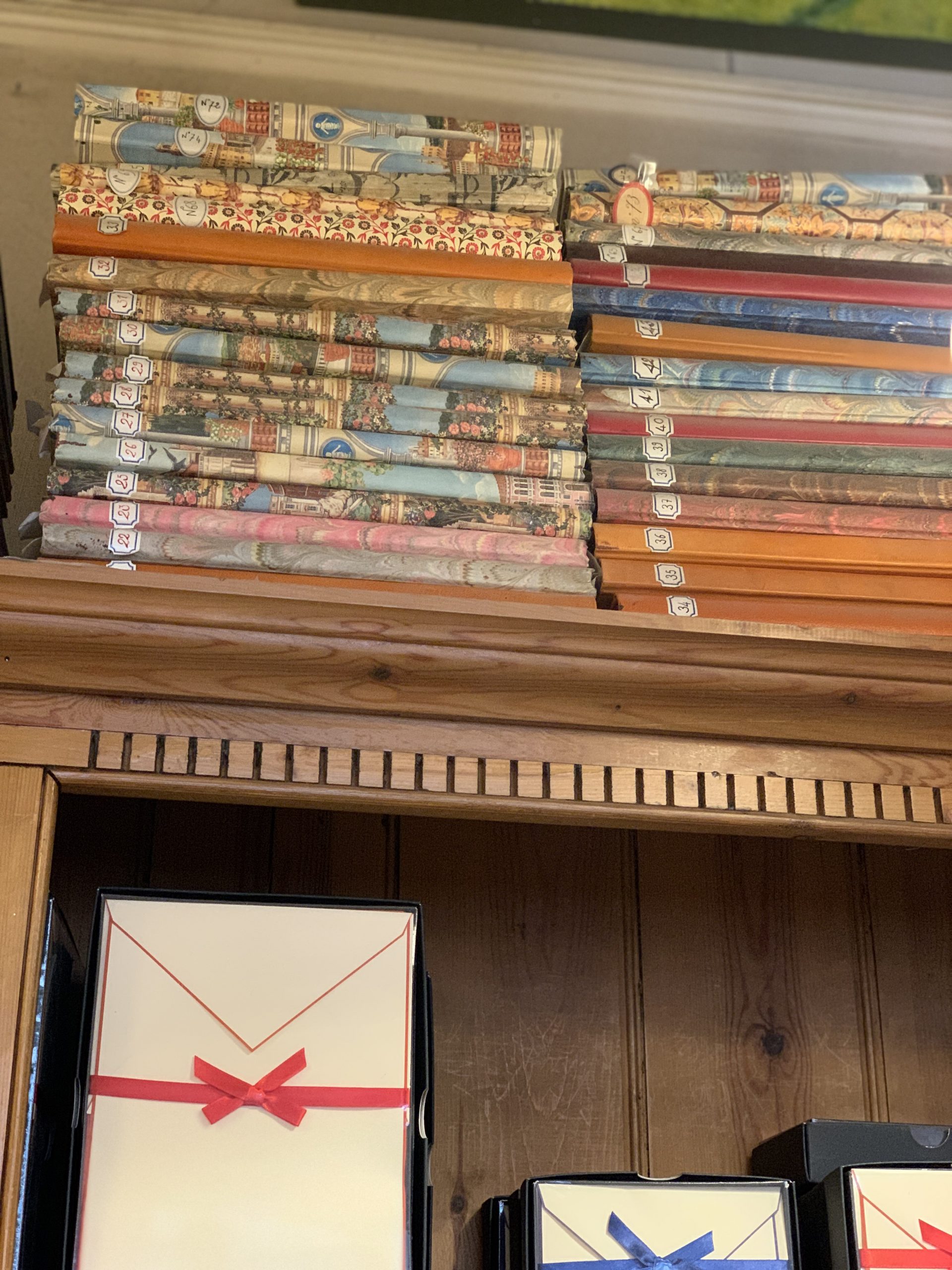 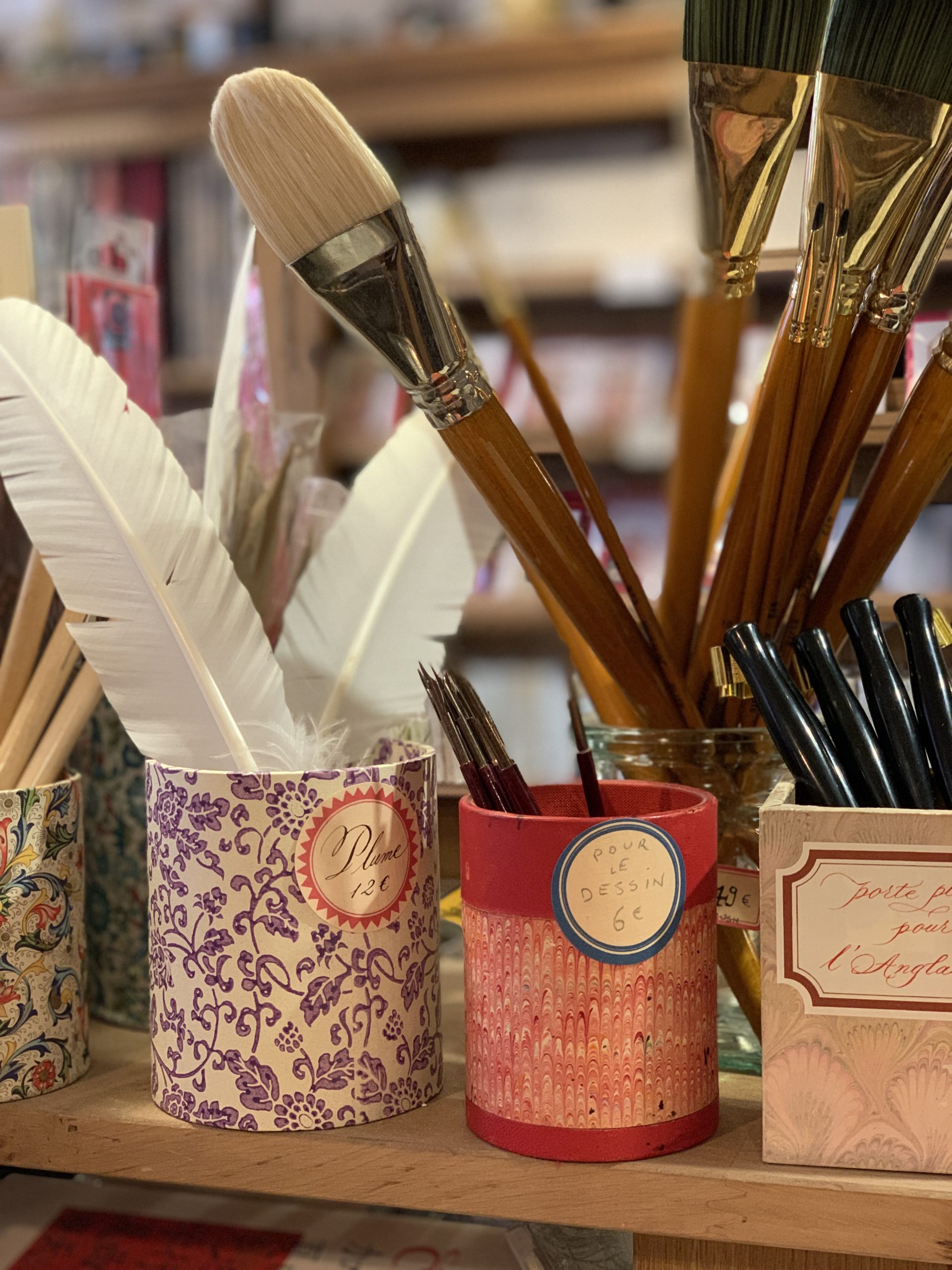 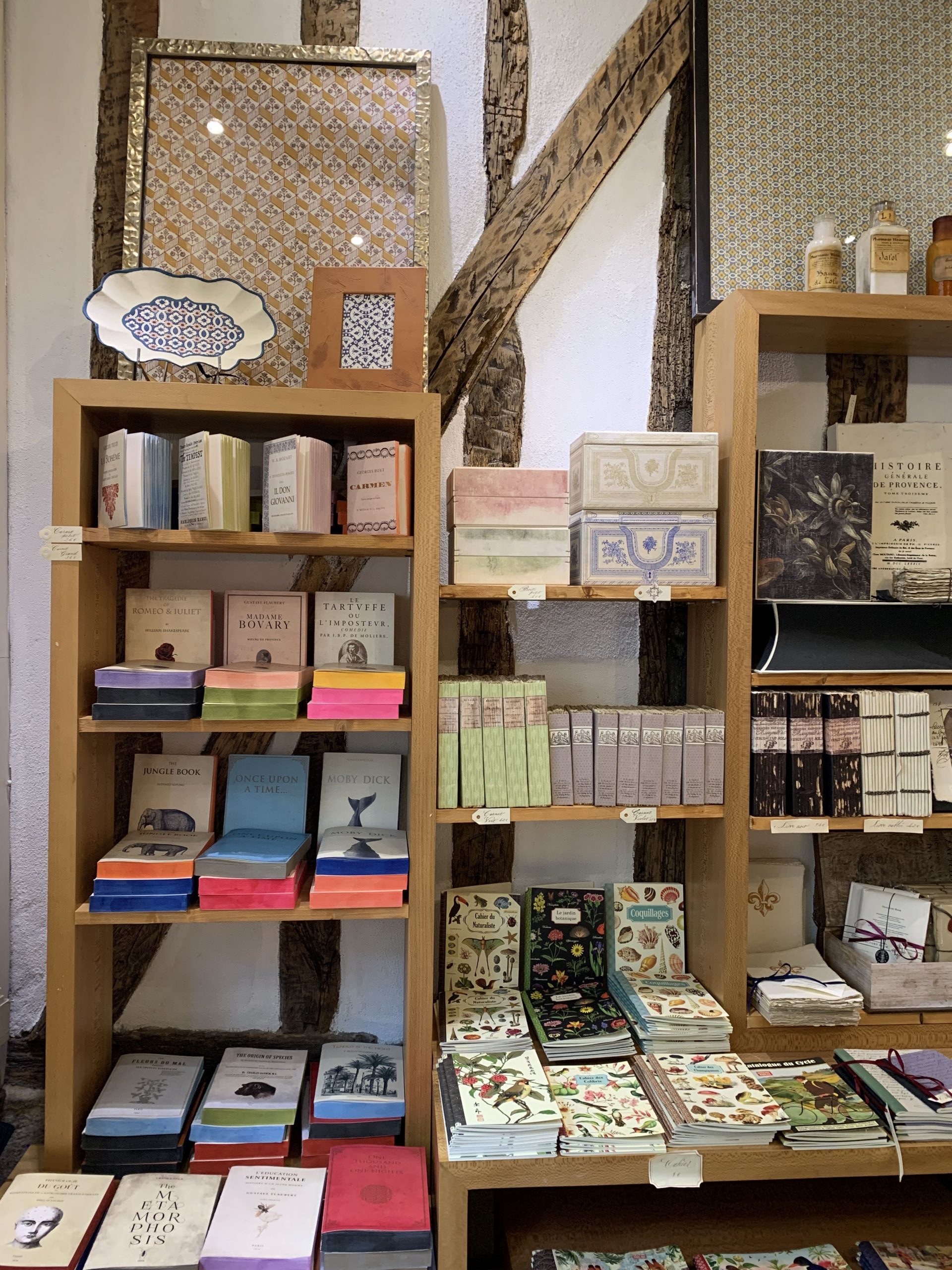 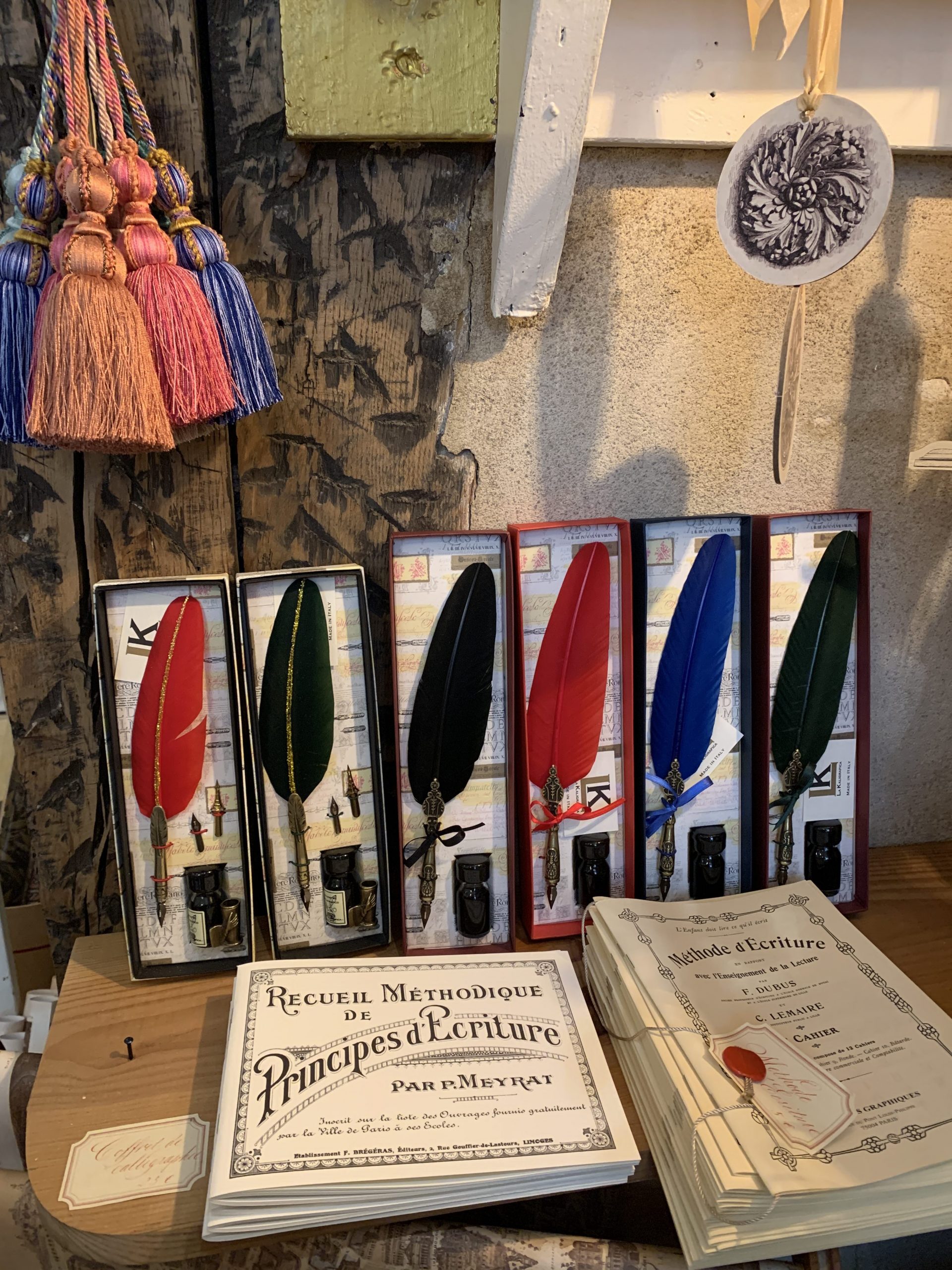 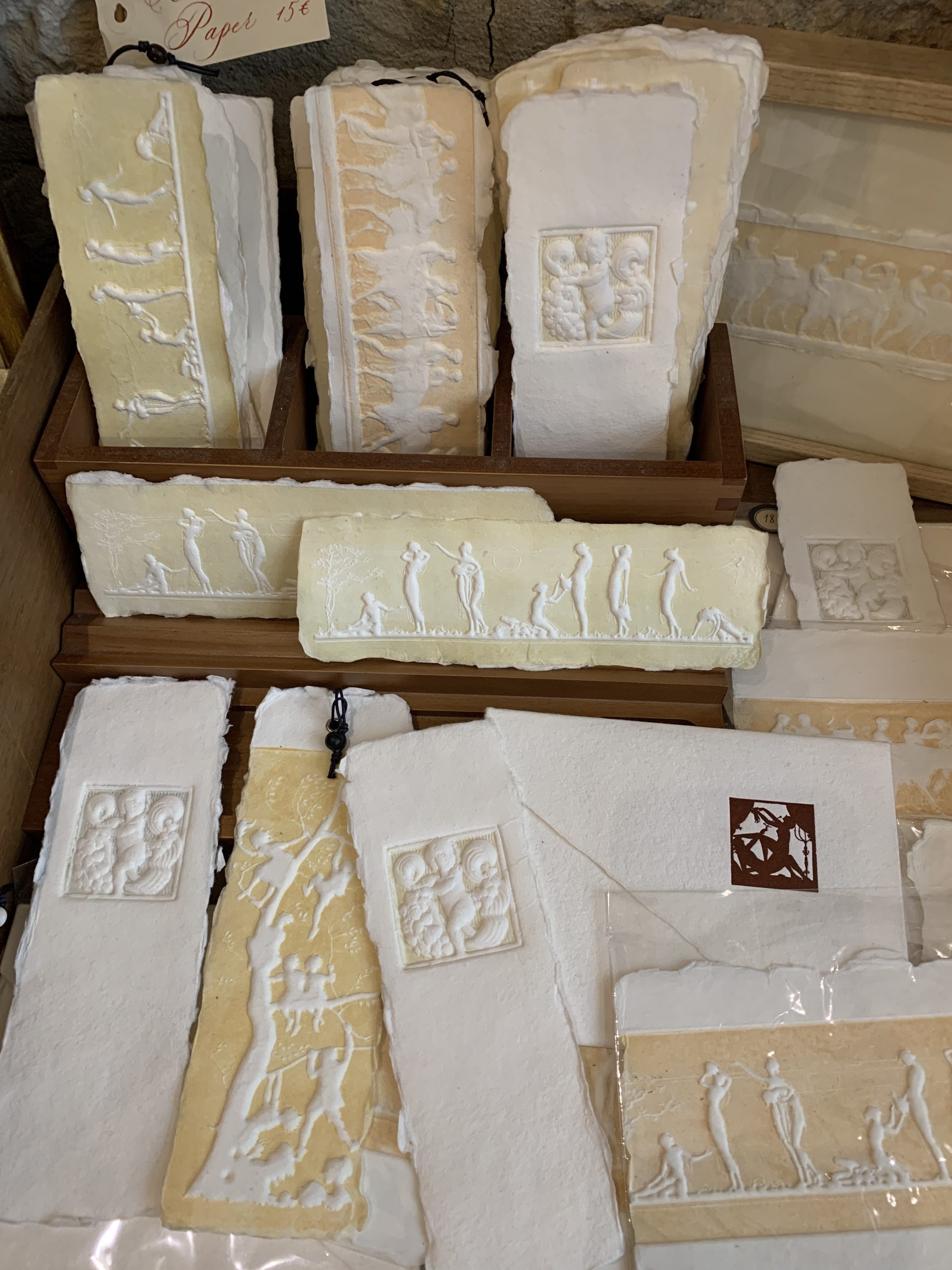 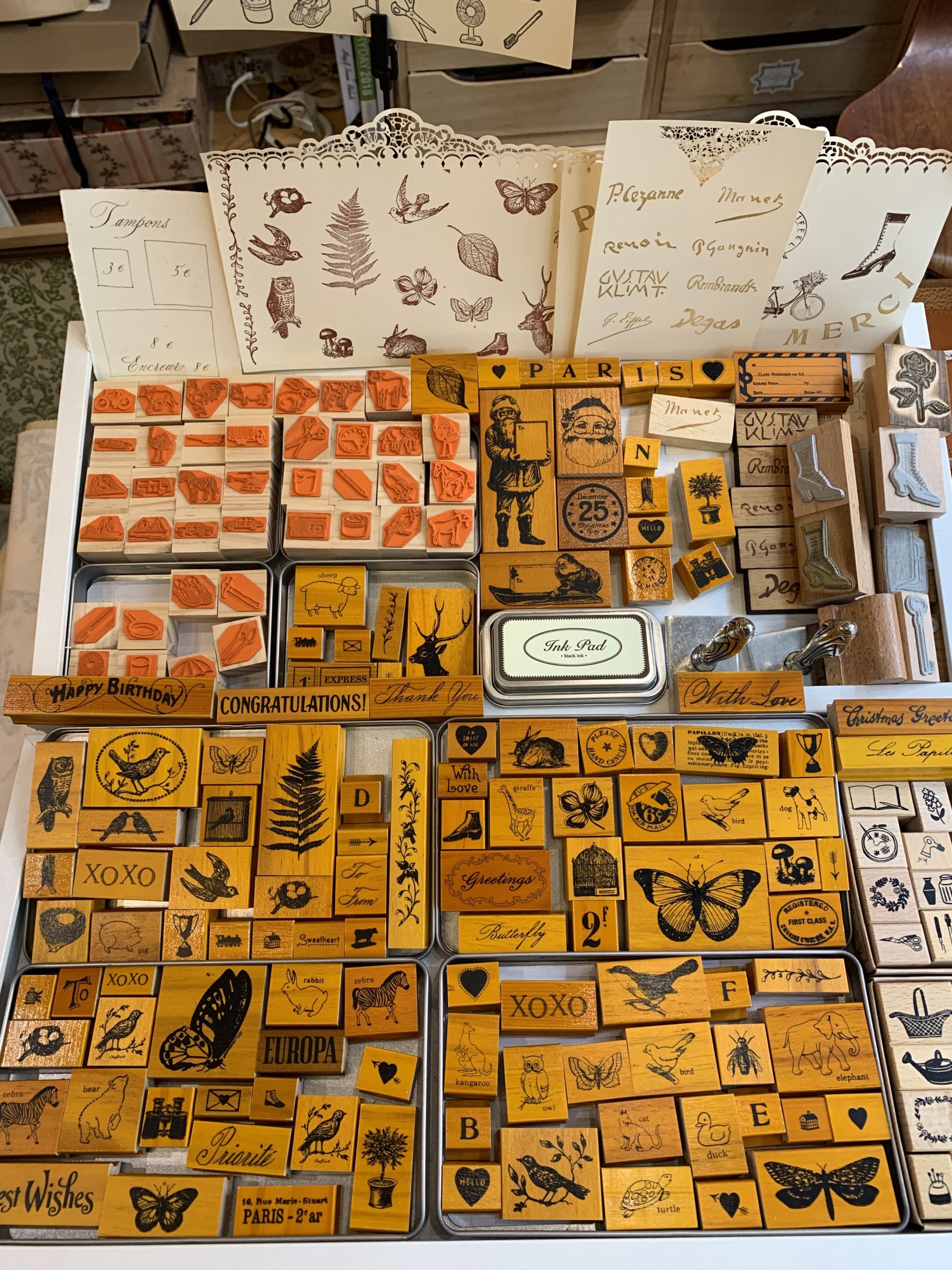 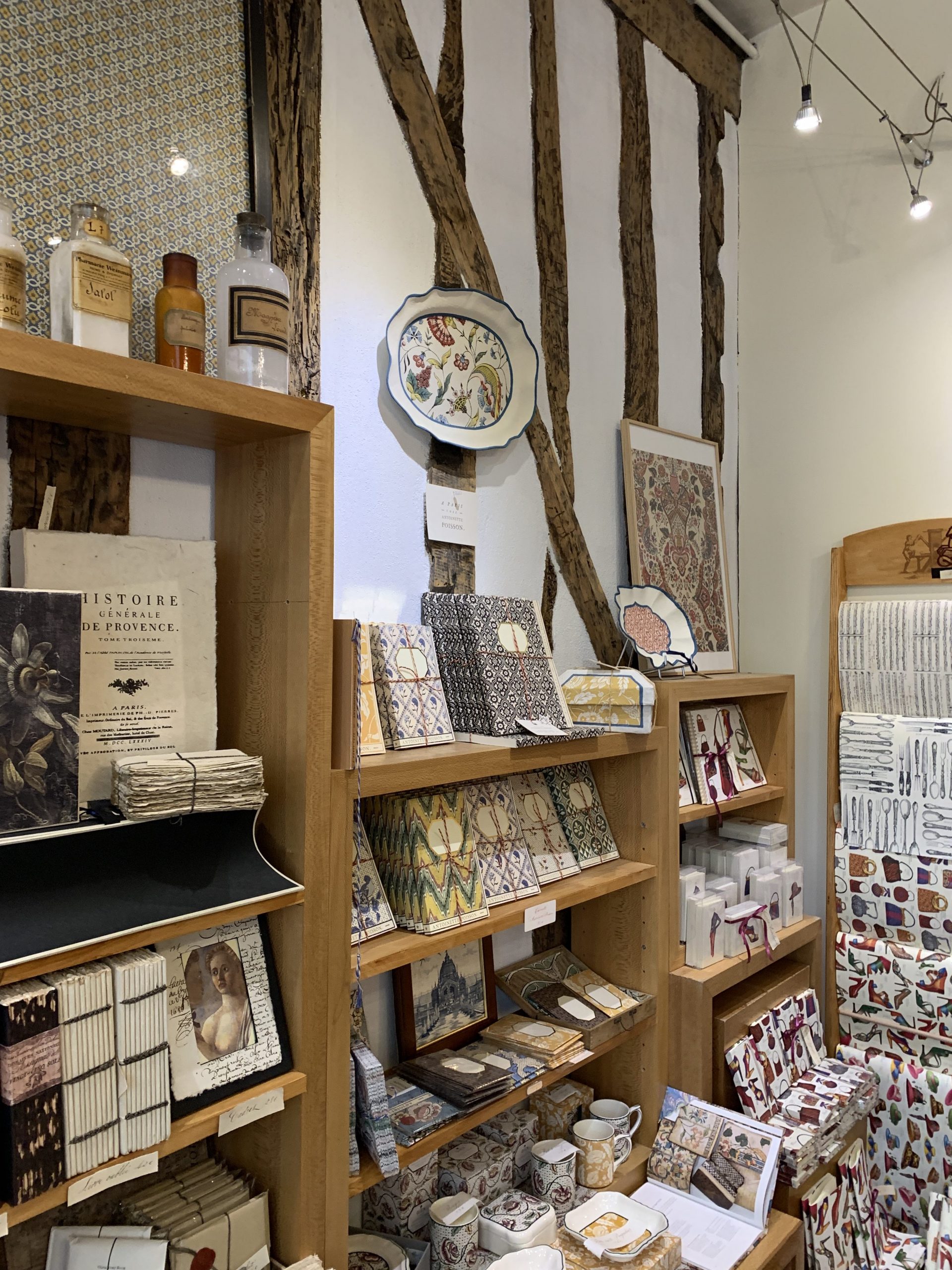 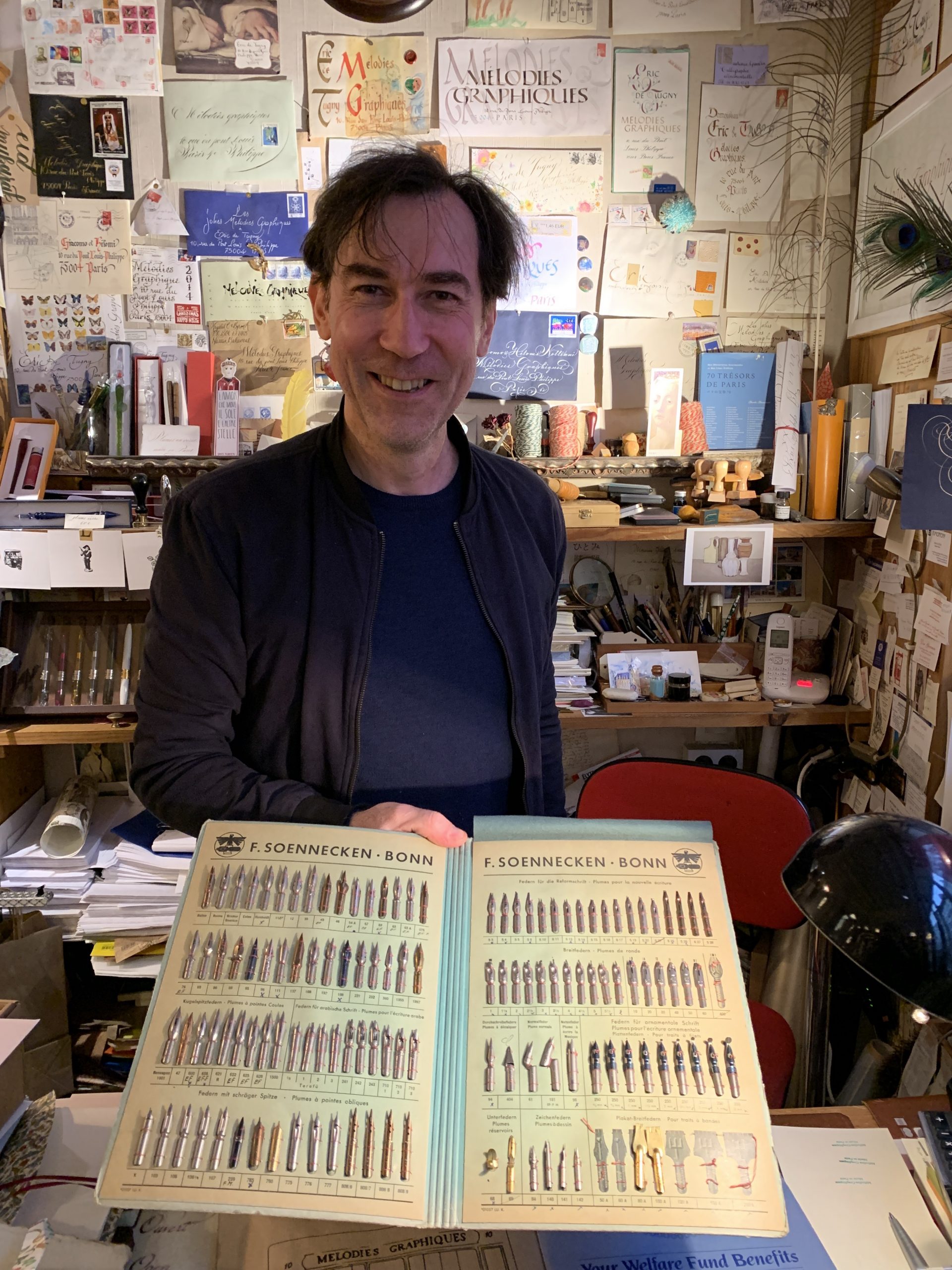 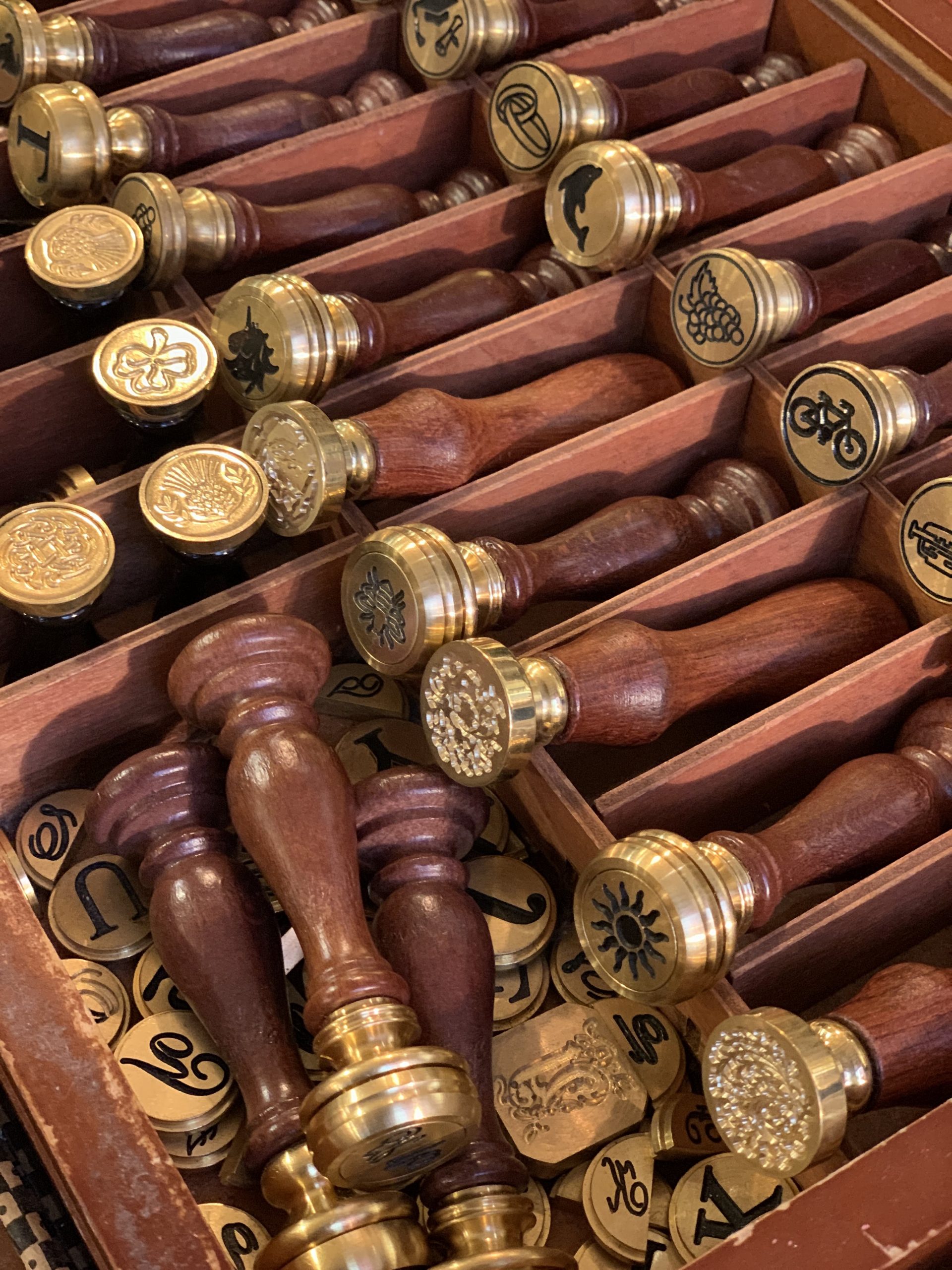 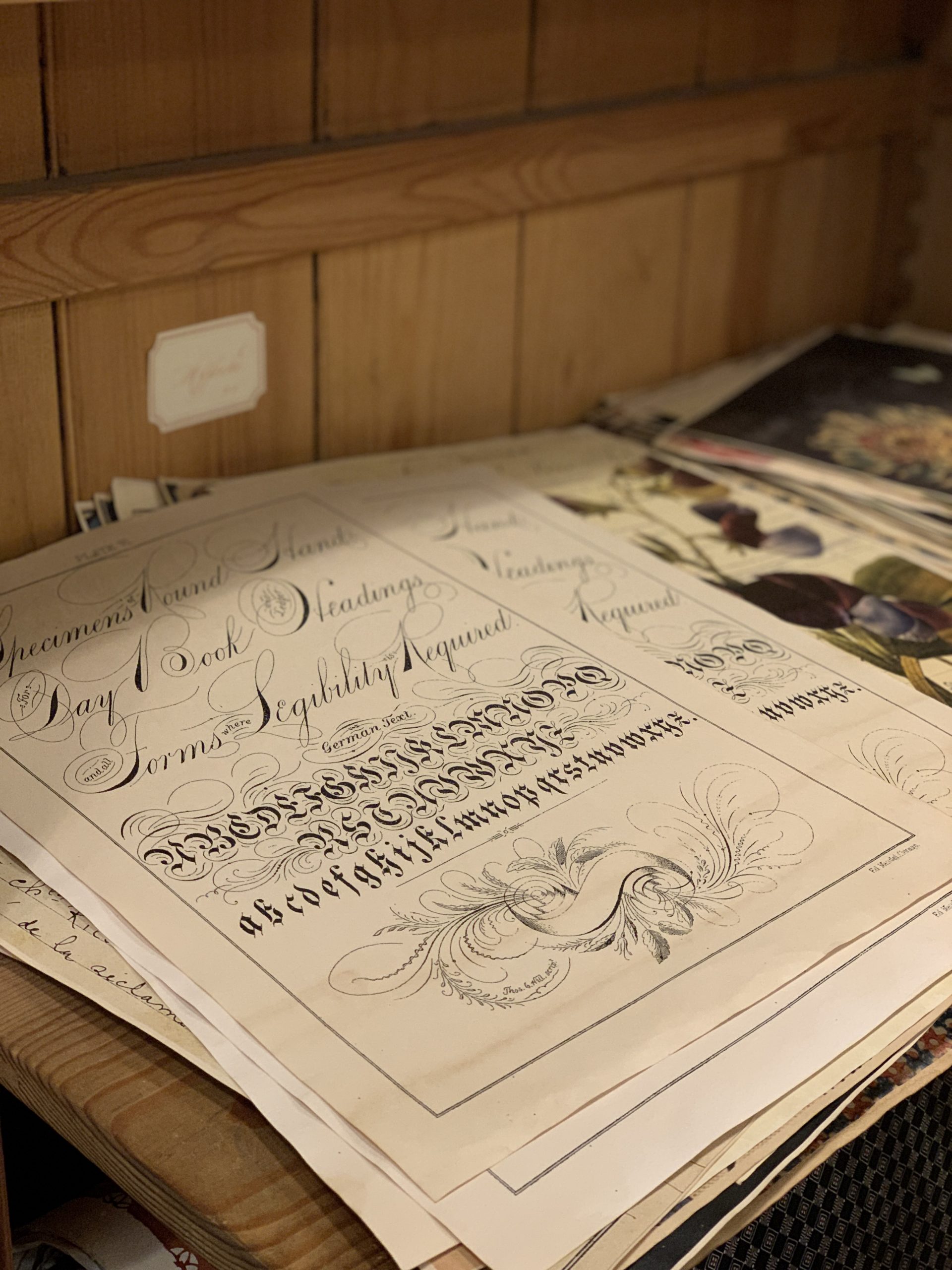 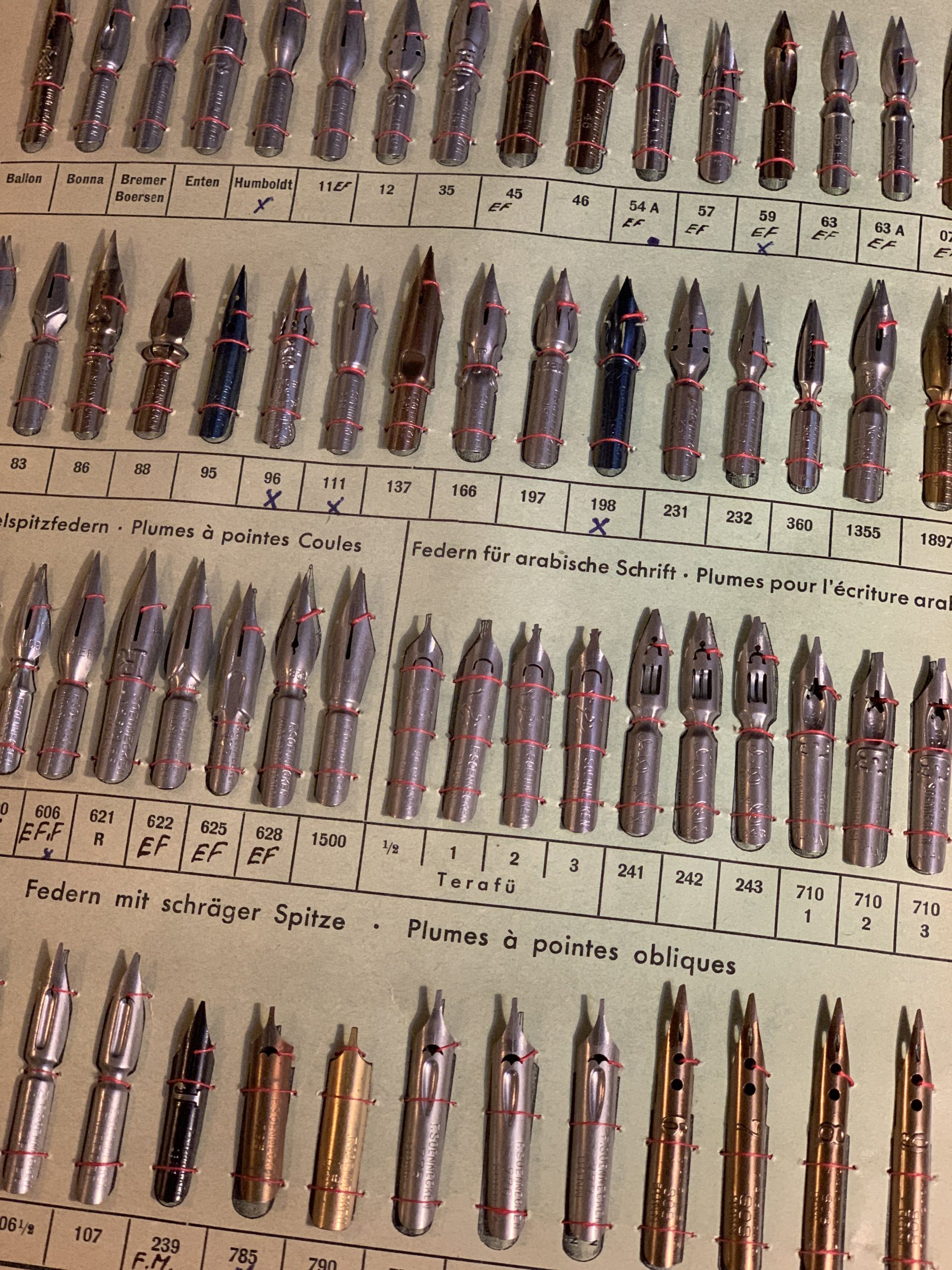 Photography by Sallie Lewis and Haleigh Walsworth. Calligraphy classes at Melodies Graphiques are €25 per hour, including materials; book by emailing
melodiesgraphiques@gmail.com 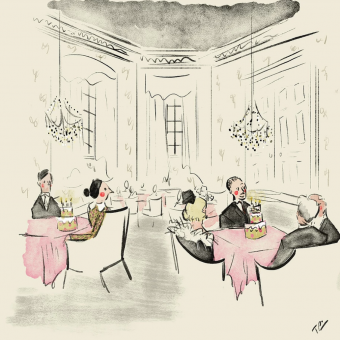