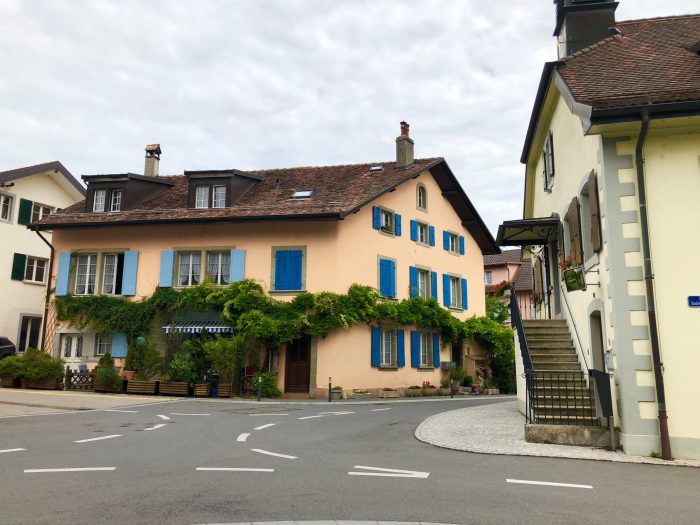 My love of Audrey Hepburn dates back to early childhood. Like so many, I am drawn to her iconic movies and unforgettable performances, not to mention her grace and goodwill off camera. To this day, curling up on the couch and watching Breakfast at Tiffany’s, Sabrina, or Roman Holiday never fails to brighten my spirits. 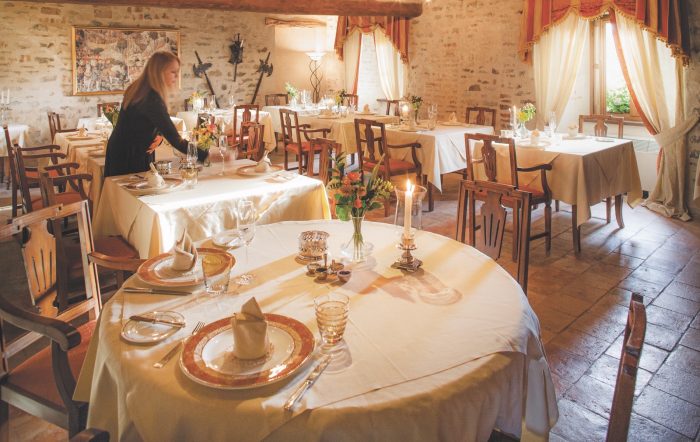 Last summer, I planned a spontaneous trip to Italy’s Langhe Valley. While there, I serendipitously stumbled upon a special property called Castello di Sinio. By the end of my visit, I left not only grateful for the experience but plotting a plan for my return. 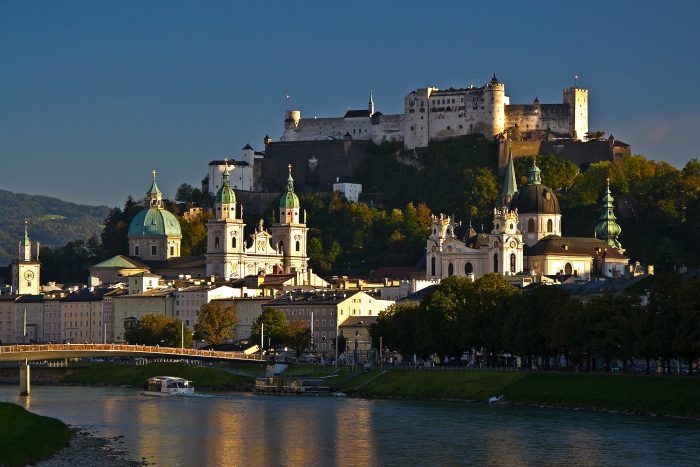 Salzburg has secured a permanent spot on my list of favorite places. The UNESCO-protected city is located fewer than 100 miles from Munich, yet it feels much more removed to me, like a fairytale village untouched by the modern age. Surrounding Salzburg, snow-peaked purple mountains rise above the rooftops, old clock towers, and patinaed church domes. History pervades this special city, as evidenced by the famed Baroque architecture and the enduring sound of classical music gifted to Salzburg by its most famous son, Wolfgang Amadeus Mozart. Indeed, the sounds of music are everywhere here. Mozart aside, the Academy Award winning musical drama, The Sound of Music, helped solidify Salzburg as a city with a momentous musical legacy. Filming for the movie, which was based on the lives of the real Captain and Maria von Trapp, was shot in and around Salzburg. Should you find yourself in the city, don’t miss the popular Sound of Music Tour for its little-known trivia and glimpses into some of the film’s original shooting locations, including the manicured Mirabell Gardens, the Hellbrunn Palace, and the Nonnberg Abbey, the latter of which is the oldest of its kind in Europe. The tour also ventures to the lake district, with stops at the Basilica in Mondsee and the charming town of St. Gilgen.

My Favorite Paris Museums (So Far)

Visiting Paris never fails to awaken in me a school girl-like excitement. Every time I visit, I feel like a younger version of myself, eager to learn and absorb the day’s lessons. The feeling is akin to being on a big, cultural field trip. Over the years, I’ve worked my way around the city, popping into museums, and curating my own list of favorites along the way. I thought I’d share a few on my list — four that I return to time and again when I find myself in the inimitable city of light. As you’ll see, most are small in size and intimate in nature; quiet spaces that summon a sense of reflection and inner dialogue. I hope you enjoy them as much as I do. 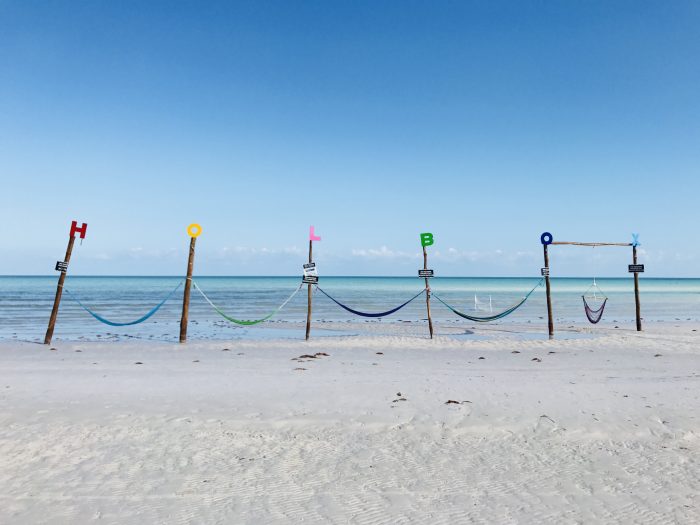 Traveling to Isla Holbox (pronounced hol-bosh) felt like going back in time. Our journey began in Merida, where we drove roughly 200 miles to the tiny, coastal town of Chiquila (~ 2.5 hours from Cancun.) From Chiquila, we boarded a ferry for a quick half-hour cruise to the island. Cars are obsolete on Holbox so we left ours behind under a shaded lot (locals rent these spaces out for under $10 a day.) I knew very little about the island prior to traveling there and for this reason my expectations weren’t high. In hindsight this naivety was a gift. Isn’t it wonderful to be pleasantly surprised, if not fall in love when you least expect to? 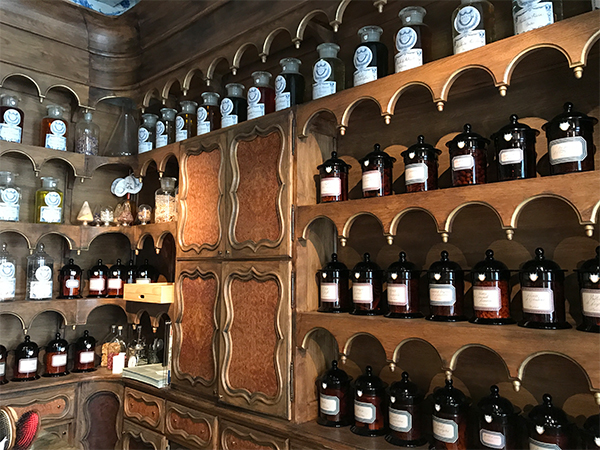 The old-world interiors of Buly 1803.

As I mentioned in this post, Paris for me has always been a city of discovery. In my opinion, there is nothing more thrilling than spending an afternoon walking the streets and stumbling upon treasure. Buly 1803 is one such treasure trove, a perfumery from the late 18th century that is right out of a history book. Inside, tiled floors bear the business’s name and carved wooden shelves are lined with glass alchemy jars, potions, precious soaps, Japanese cleansing brushes, and exotic oils. Buly is the name of an 18th century perfumer who made a name for himself from his scented vinegars and discerning fragrances. Today, his legacy lives on in the tiny shop of the same name off Rue Bonaparte in Paris’s St. Germain neighborhood.

This week marks the beginning of a grand adventure for my husband and I. Much to our delight, we are leaving the Texas heat behind for a week in Paris and a road trip thereafter to Austria and the Dolomites. Paris is an especially meaningful place for the two of us, given that it is the city where our relationship began. Subsequently, every trip back is a sweet reminder of our first days together. I am looking forward to cooler temperatures, a trip to the Musee Picasso, picnics in the park, and a cooking class or two. To get in the spirit, we’ve had French music playing in the house and I’ve pulled some of my favorite Paris-based books and movies, from A Moveable Feast to Midnight in Paris (and Ratatouille…let’s be honest.) 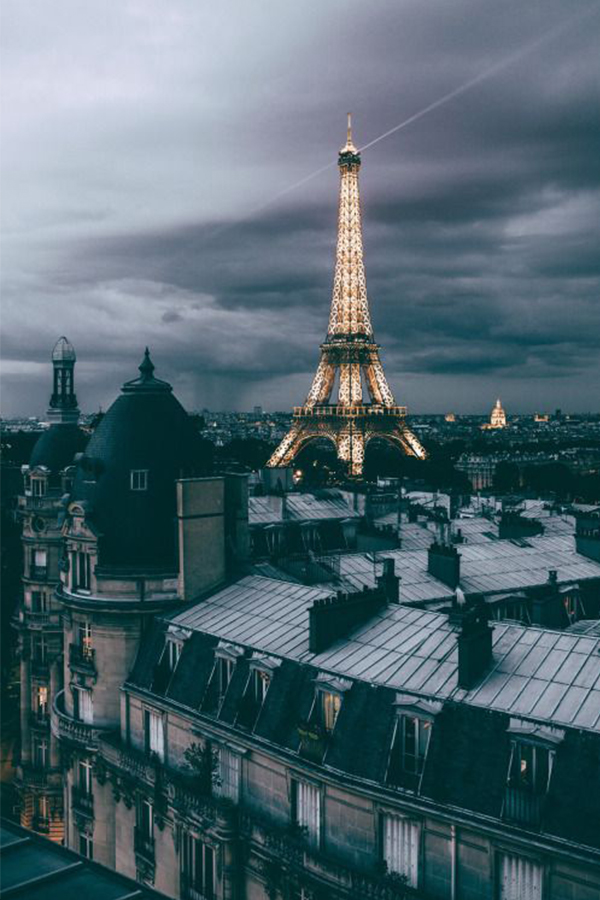